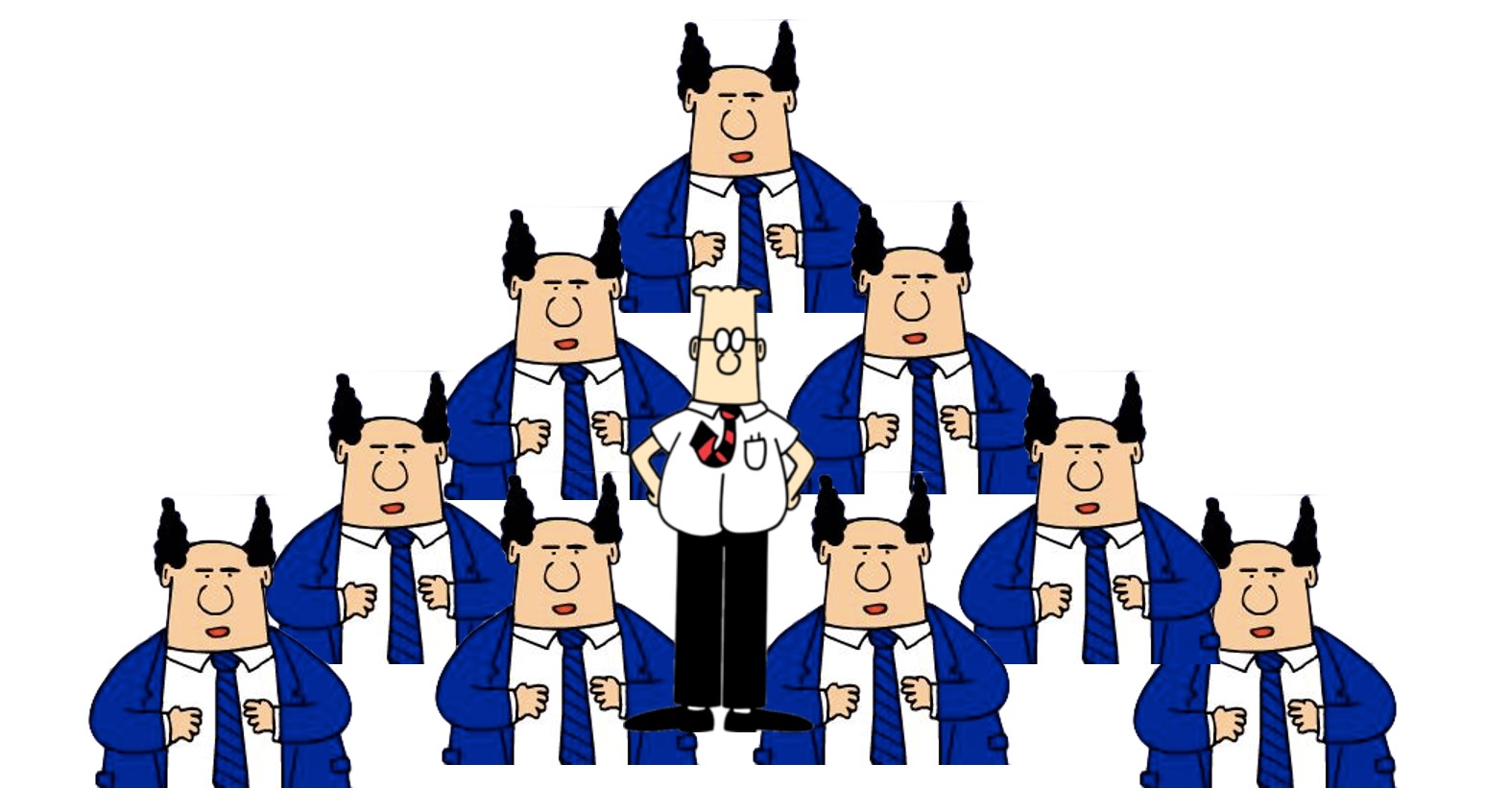 For much of my career in Tech, I bought completely into the idea that technical tracks were an unmitigated good. In theory, offering career advancement opportunities for strong technical contributors without requiring them to manage teams spares everyone the pain of forcing management upon those with no interest in, and perhaps no capability for, the role. While I still believe that there is extensive value in making such a path available, I have also come to the realization that the broader implications of this arrangement may actually be exacerbating the exact pain points it was designed to alleviate. In fact, when combined with a growing cultural norm in tech companies that scoffs at managerial ambitions, technical tracks are creating a “leadership drain” that lowers the average quality of technical managers. This assertion may come as quite the surprise to engineers even a few years farther advanced in their careers than I am. These are the engineers and technical leaders that fought to create the technical track option but the Law of Unintended Consequences has a way of creeping in everywhere and this situation is no exception. The good news is that I also see ways to balance out this effect with proactive words and actions. Although I have yet to come up with a complete solution, I am hoping that laying out the situation as I see it, and my ideas to date, I will kick start conversations that can benefit the entire technical community.

Let us begin by examining the arguments in favor of a technical career path. Much has been written about the need for a technical track that allows individuals to advance their careers, and increase their compensation, without having to shoulder the responsibility of management. Most of this material boils down to a single argument: If someone is purely interested in their own work rather than the care and feeding of others, they will be a terrible manager. To be clear, I agree wholeheartedly with this reasoning and further agree that providing a technical track is an excellent release valve that can, and should, be used to divert those individuals adamantly against taking on managerial roles from doing so. Therefore, the purpose of this particular article is to build on these assertions rather than to contradict them. But the arguments that led to the creation of technical tracks were created in a culture that glorified the role of the manager. My own experience has revealed a new prevailing attitude. Whether a consequence of the same history of ineffective management in technical fields that led to the creation of these technical tracks or just the result of raising a new generation on Dilbert comics, the culture at most modern tech companies actively scorns those who want to become managers. The only socially acceptable way to express ambition in many of these organizations is to set one’s sights on the senior ranks of the technical track.

If the skills that enabled success on the technical ladder were vastly different from those that would lead to better managers, this cultural lean towards the technical track would be of minimal concern. Where the model begins to break down, therefore, is upon closer examination of the requirements to successfully advance as an individual contributor. Most organizations expect their senior individual contributors to have the same degree of impact as their managerial peers. This can be achieved through various means but the most common are by parachuting into the toughest technical challenges and by mentoring large swaths of more junior employees. Few technical challenges rise to a level of complexity requiring such support without there being significant emotional investment in various solutions, so uniting a team around the best technical result often requires even more leadership skill than technical prowess. Similarly, technical mentoring requires an interpersonal connection to be effective. In both cases, the results are often far more straightforward to measure than most managerial goals so only those with strong leadership skills bolstering their technical chops rise through the technical track ranks. Indeed, it has been my experience that the most successful individuals on any given tech track are some of the strongest leaders I have ever met.

Having thus established that leadership and interpersonal communication are key to climbing the ranks as an individual contributor, we must return to the question of what skills are required to be a “good” manager. The creation of technical tracks confirmed that being a leader does not require being a manager but being a “good” manager does require leadership. Just as the technical track requires a combination of leadership and technical skill, management requires a combination of leadership and managerial skill. So if your strongest technical leaders set their sights on individual contributor roles, who is left to fill the technical managerial ranks? There will be a few brave souls who have resisted the peer pressure and maintain an active desire to lead teams and take on the managerial challenges that such work entails. There will also be a few individuals who have the necessary leadership skills but lack the technical skills to excel on the technical track and wind up as excellent managers despite their original ambitions. But the majority of managers will be those who lacked the leadership required to succeed on the technical track and have realized that few companies have clear and concise metrics for assessing management as a unique contribution. These individuals then sneak into management roles as the lowest resistance path to promotion, perpetuating the negative stereotypes and damaging the long term health and success of the organization.

My assertion that tech company culture has evolved to glorify senior individual contributors while deriding dreams of management would have been far fetched a few decades ago. The leaders who first saw the need for, and then went on to create, individual contributor technical tracks entered the working world during an era where management was seen as synonymous with professional success. Stories I hear from the early 1990s revolve more around opening the eyes of junior engineers to non-managerial options whereas my own career has been overwhelmed with fresh college grads dead set against ever accepting a management title. I have had to break the news to new engineer after new engineer that pursuing a technical track still requires leadership and interpersonal skills. I take this shift to be great news! The creation of these roles has fundamentally changed how management is viewed and how junior engineers approach their career paths! Unfortunately, however, the initial goal of improving the average quality of managers in an organization remains unmet.

As so often happens, when attitudes evolve away from one extreme, such as a belief that management is the only path to professional success, the pendulum has swung to a new extreme that glorifies only the technical tracks and it is up to us to find a happy medium. As I mentioned in the introduction to this article, I am articulating a challenge for which I have only a partial solution but there are a few basic steps that companies can take to maintain the positive elements of the technical track while avoiding excessive leadership drain. Perhaps the simplest step is to hold managers accountable to objective and rigorous metrics that look at their individual impact on the team in addition to the performance of the team as a whole. This is easier said than done but making 360 feedback a non-negotiable element of promotions is low hanging fruit. Larger companies may also have the ability to establish rotations that pair managers with several teams over a period of time, separating the long term performance of a given team from the impact of being led by a specific manager. With some degree of rigor in place, organizations can then use the data to begin addressing the anti-manager bias in technical organizations. Just as most tech companies go out of their way to highlight technical tracks as a way to make more money and advance a career without being a manager, rigorous metrics allow managers to also be admired for their positive individual impacts rather than their compensation alone.

Creating technical tracks that allow individual contributors to advance their careers without a management obligation was an important first step in addressing the proliferation of poor managers in tech companies. But if managers are held to less rigorous standards, and if those with managerial aspirations are viewed with derision, top technical leaders will all filter into the individual contributor roles and the average manager will be even more terrible than before. Creating a management structure devoid of top leadership talent is no more beneficial for an organization, and potentially worse than, shoehorning the best engineers into forced management roles. The revelation that technical tracks may be contributing to the stereotypically depleted talent pool of management almost broke my heart but I hope that we can avoid throwing the baby out with the bathwater. Technical tracks serve an important role in offering alternative options to technical leaders who wish to avoid the specific administrative tasks required to head a team. To truly address the problem of weak management, however, more is required than replacing management as the most idolized career path. Technical tracks were step one and now it is time to identify, and take, step two.

Postscript: One option for adding more rigor into assessing managerial performance is to track the career growth of employees after they leave a particular manager or team. For more on this, and other signs of great leadership, see Lisa Levesque’s latest article.