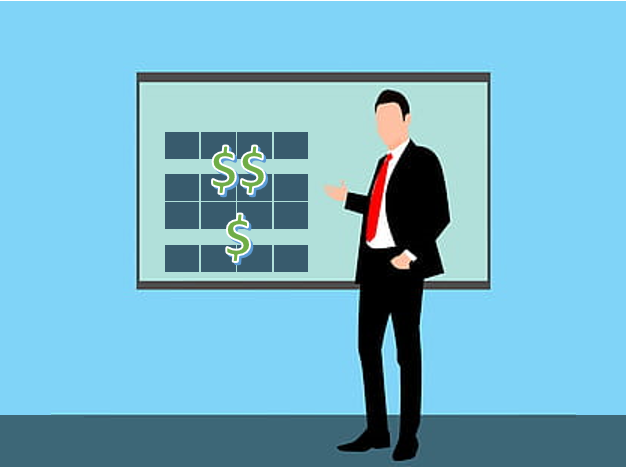 We have all spent the last few months perfecting, or maybe just tolerating, our work-from-home setups, but the time has come to think once more about the offices to which we may soon be returning. Over the past decade, many companies have embraced the “open office” layout but there were questions about the efficacy of these designs even before a pandemic introduced a whole new set of concerns into our world. Although we may one day rediscover comfort in close proximity, the first waves of workers returning to offices will need to have more space between them than the tiny, adjacent desks spilling forth from Silicon Valley. So much about workplace etiquette and design will need to be rethought as we wade through the remaining months of 2020 that I have come to hope that one of the brightest silver linings of this pandemic may just be the death of open offices as we know them!

Speaking as someone who has had the highest “extrovert” score in every group with whom I have ever been assessed (and having spent years as an executive in Silicon Valley, I have done MANY of these assessments), I hate open offices. If I hate open offices, I cannot begin to imagine who they work for – among the employees, at least. The literature concurs, with Harvard Business Review, Fast Company, Slate, and pretty much everyone else who has published an article about workspace in the past two years, weighing in on both the awfulness of open offices and the cost savings that underlie their popularity. Therein lies the rub. Prior to the emergence of the COVID-19 pandemic, there was insufficient concern over the negative impacts of open offices to force most companies to shift the necessary budget to the facilities teams who could actually control new workspace designs. Now, article after article predicts that funds will be allocated for safety that had been previously denied for sanity, or productivity.

Setting aside, momentarily, the issues with open office configurations specifically, there is a very real question of whether COVID-19 will mark the end of physical offices entirely. Again speaking personally, I can say with confidence that there are still people who will want to go into an office for work. Despite finding open offices unpleasant, my extreme extroversion means that I am energized by having ready access to colleagues. As a consultant working from home for the past year, I used coffee shops as a way to recreate some of the camaraderie and energy of an office space. On the other end of the spectrum, my extremely introverted husband still cherishes the physical separation between “work” and “home” created by going into an office. Beyond individual inclinations, I know couples who are eagerly awaiting the end of their careful dance as they attempt to split their cosy living spaces into multiple work zones. There are also, of course, still people who genuinely believe in the value of “face time” for its own sake rather than as a tool for engagement or efficiency, but I choose to believe that this last subset is a dying breed. Regardless of the exact breakdown of motivations, however, all of this is to say that “offices”, as a concept, are unlikely to disappear entirely.

But there is good news for the number crunchers who have long kept the open office alive: our recent shelter orders have also shown us the feasibility of increased remote work. For each example of individuals who are looking forward to returning to offices outside of our homes, I also know at least one example of someone who would happily work remotely indefinitely. With so many businesses having invested in the technology to support remote work, and having proven that remote work can be successful for them, we have an opportunity to offer employees a choice. Knowing that some employees will choose to work remotely while others will choose to come into the office, employers now have a new option: reallocate office space to support fewer employees in more “traditional” office designs without reducing overall team size.

Returning to the topic of open office workspaces specifically, there is no question that these configurations will need to change dramatically in the wake of COVID-19. Moving desks farther apart, as mentioned above, will be the bare minimum but more costly changes, such as rethinking air circulation, also seem inevitable. As with any project, making each decision in its own vacuum will lead to a seemingly unending chain of expenses, often with redundant work happening weeks, or even days, apart. A far better option would be for executives to use this opportunity to revisit the office and cube farm designs of decades gone by. Massive renovations may seem more costly up front, but rethinking the entire space will allow for coordinated safety precautions and synchronized modifications. Few companies have cash to spare but money is cheap right now and investing in a project that will not only protect workers but will also increase creativity will likely pay off quickly as companies battle for market share during the economic recovery ahead of us.

I would gladly usher in an eternal era of prairie dog jokes if the reward was never having to work in another open office again. This demonstrably awful office design remained deeply embedded in American workplaces even after the purported benefits were debunked because of the short-term benefits for the bottom line. But office spaces will have to change in the coming months. We have an opportunity to look at the bigger picture and make grand, lasting changes to our workspaces that will invigorate the people who work within them. To make such sweeping modifications feasible, we will also have to embrace the remote work revolution that has been forced upon us by the shelter orders but this need not be the end of the physical office entirely. It should only be the end of the awful office.

Postscript: Leading in a hybridized collocated-and-remote context will create challenges of its own but leadership has never been easy. This situation simply makes a strong foundation more necessary. For deeper insights into the need for foundational leadership techniques as we return to the office, check out this article by Lisa Levesque.